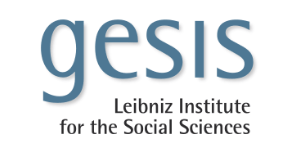 Klara Dentler is a data processing specialist for CSES based in the Department of Data and Research on Society (DRS) at GESIS Mannheim, Germany. Klara holds a bachelor’s degree in political science and business administration and a master’s degree in political science, both from the University of Mannheim, Germany, and joined CSES in September 2019. Klara is responsible for processing CSES micro data, data documentation, collecting district data, data harmonization, data quality checks, website content, and responding to user queries. Klara is also pursuing a Ph.D. in political science at the Graduate School of Social Sciences at the University of Mannheim, Germany. Her research interests are comparative politics focusing on voting behavior, especially political leaders, economic voting, and political attitudes. Before joining the CSES Secretariat, Klara worked as a Research Assistant for the CSES project at GESIS.

David Howell is Director of Studies for the CSES and Associate Director of the Center for Political Studies at the University of Michigan, the American Hub of the CSES Secretariat. David holds a bachelor’s degree in engineering from the University of Michigan and a master’s degree in business administration from Eastern Michigan University and joined CSES in 2001. He has worked on several other leading social science projects including the US Health and Retirement Study (HRS) and the American National Election Study (ANES), where he is also currently the ANES Director of Studies.

As Director of Studies of CSES based at the Center of Political Studies in Michigan, David sits as an ex-officio member of the CSES Planning Committee and works in conjunction with the CSES Planning Committee on the advancement of CSES Modules and data products, liaising with national collaborators on the implementation of CSES Modules within their national study, data dissemination, collaborator recruitment, project funding, and project communications, promotion, and organization. David is interested in building social science research capacity in international settings, public opinion and cross-national research, survey methodology, and research methods generally.

Stephen Quinlan is the Project Manager of the CSES and Senior Researcher based in the Department of Data and Research on Society (DRS) at GESIS Mannheim, Germany. Stephen holds a Ph.D. in political science from the University College Dublin, Ireland (2012) and joined CSES in May 2014. As Project Manager of the CSES, Stephen sits as an ex-officio member of the CSES Planning Committee. He is responsible for project development and staff management and works in conjunction with the CSES Planning Committee on the advancement of CSES Modules and data products. His other responsibilities include being a macro data and data quality specialist, data harmonization and linkage, liaising with national collaborators on the implementation of CSES Modules within their national study, and project promotion and organization.

Bojan Todosijević is macro data and data quality specialist for CSES and is Senior Research Fellow at the Institute of Social Sciences, Belgrade, Serbia. Bojan holds a Ph.D. in political science from the Central European University, Budapest, Hungary (2006) and joined CSES in 2004, when he was a fellow at the Center for Political Studies (CPS) at the University of Michigan. In his near 20-years with the Secretariat, Bojan has had various responsibilities including processing CSES micro data, data documentation, data harmonization, and data quality checks. Currently, his principal responsibility are the collecting and coding of macro data and data quality assurance. Since 2012, he has been the CSES Collaborator for Serbia and most recently was a co-investigator of the CSES Module 5 study implemented in Hungary (2018), as well as serving as an advisor to various studies implementing CSES in the Balkan region. His research focuses on the psychological underpinnings of political attitudes and behavior, and on politics in Serbia.

Previous Members of the CSES Secretariat

The CSES wishes to express its gratitude towards former members of the CSES Secretariat for their service and commitment to the project. Previous members are listed in alphabetical order.