Affective Polarization and the Salience of Elections 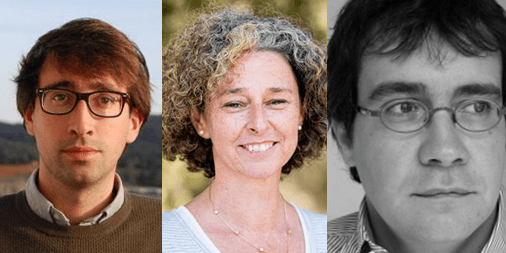 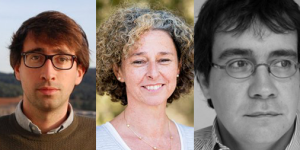 The 2021 GESIS Klingemann Prize for the Best CSES Scholarship was awarded to Enrique Hernández, Eva Anduiza, and Guillem Rico of the Universitat Autònoma de Barcelona, for their article “Affective polarization and the salience of elections” in Electoral Studies. We are grateful that they have provided the following summary of their award-winning research.

Rising anger and hatred in democratic politics have recently attracted considerable attention. Especially during elections campaigns, when loathing opposing parties has become commonplace. This has led to a growing concern about affective polarization, or the predisposition to view opposing parties negatively and co-partisans positively. These feelings of animosity towards opposing parties appear to be acutely present in many countries. Individuals often show high levels of affect towards their co-partisans and high disdain towards those from the opposing camp.

Due to their adversarial nature, elections heighten and increase the salience of political conflict. During election campaigns political parties convey vast amounts of information about their policy positions with the aim of activating voters’ political predispositions. As a result, in most advanced democracies election epitomize the moment of maximum political conflict, information spread and mobilization. This is positive since competitive campaigns increase voters’ information and draw them to the polls. However, a potential downside is that by their very own nature election campaigns might also increase affective polarization.

By highlighting the differences between parties and activating political identities, election campaigns might heighten one’s predisposition to view opposing parties negatively and co-partisans positively. Social media and the widespread use of negative campaigning strategies reinforce these patterns, since they make the adversarial nature of elections even more apparent. After such an intense political moment, and once the campaign is over, affective polarization should recede, though. As elections lose salience after the campaign, individuals’ animosity towards opposing parties should decline.

We test whether and how affective polarization effectively declines once elections lose salience using data from the CSES Integrated Module Dataset (IMD). All in all, we analyze post-electoral surveys for 59 elections held between 1996 and 2016 in 42 countries. These surveys include a series of items measuring to what extent respondents like and dislike their countries’ main parties. These items allow us to measure affective polarization following the operationalization proposed by Markus Wagner, which captures to what extent the 116,027 respondents considered in our analyses feel sympathy towards some parties and antagonism towards others.

Is this decline in affective polarization driven by a reduction in individuals’ predisposition to view co-partisans positively or, instead, by a reduction in the animosity they feel towards opposing parties? Our analyses indicate that both processes are at work. As elections lose salience, citizens become less enthusiastic about their co-partisans and, also, less likely to view opposing parties negatively.

UNDERSTANDING THE RELATIONSHIP BETWEEN AFFECTIVE POLARIZATION AND ELECTIONS

What is the origin of these changes in affective polarization? We expect that elections lead to higher affective polarization for two main reasons. First, elections highlight the ideological differences between political parties. During campaigns parties have an incentive to emphasize their programmatic differences, and citizens are, therefore, more likely to learn about the ideological differences between parties. Second, elections activate political identities. Citizens feel more strongly attached to their preferred party during this period. Hence, citizens might be more affectively polarized during elections because they perceive that parties are more ideologically polarized and, also, because their partisan identities are more salient and stronger.

Affective polarization is partly the consequence of electoral dynamics that activate strong partisan identities and make political options be perceived as ideologically differentiated. However, it is hard to argue that democracies would work better if citizens perceived fewer or no ideological differences between parties, or if they did not identify with any political party. Affective polarization might be the price to pay for holding competitive elections.

The good news is that affective polarization can be reduced quite significantly and quickly after an election has taken place. When the votes have been cast, the campaign is over, and elections lose salience most citizens moderate their affect towards their co-partisans and their animosity towards opposing parties. This highlights the relevance of actions that might potentially contribute to this post-electoral depolarization, such as for example concession speeches or coalition agreements.