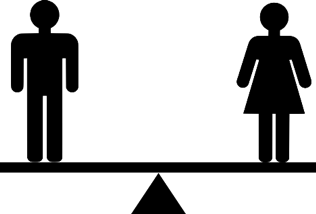 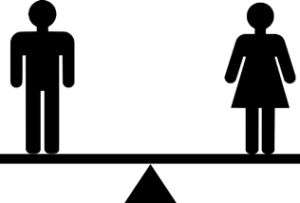 Image by Mohamed Hassan from Pixabay

With a couple of weeks to go until the election, the polls show that Donald Trump is lagging further behind in the race for the U.S. presidential election than any other candidate in recent history. But if the elections were to be held among men only, most polls reportTrump would be somewhat in the lead over Joe Biden. This goes to show how far the average support for candidates can diverge between men and women. Such differences are usually called ‘gender gaps.’ Why are some parties more popular among men, while others have more traction among women? In our study, we shed light on a new mechanism. Comparing dozens of parties in 28 countries across the Western world, we show that men are more likely than women to vote for parties or candidates that are extreme or controversial. This sheds light on gender gaps in elections across the Western world.

The existence of gender gaps is not new, but they have changed in shape. In the United States before the 1970s, the Republican Party attracted more female than male voters; since then, women have been more likely to vote for the Democratic Party. (Trump’s relative success among men is thus not new, just stronger.) And neither is the gender gap restricted to the United States. Most other industrialized countries have experienced a similar emergence of the ‘modern gender gap’ in which women are more often left-leaning than men. The electorates of populist radical right parties, in particular, are male-dominated, while green parties show the reversed pattern.

It is important not to overstate gender gaps either. There exists much more political and ideological disagreement within the groups of women or men than occurs, on average, between the sexes. No single factor destines us to be, say, left-wing or right-wing. At the same time, gender gaps tend to be very consistent phenomena across time and place, which means they have a cumulative long-term impact. In close elections, being unable to muster full support among either men or women can make or break a party or candidate.

Why would men and women differ, on average, in their support for one party or the other? Among the various explanations, an important one is socio-structural: women’s increased participation in higher education and the workforce has moved them to the left as a group. Gender gaps are also likely to reflect gender differences in policy preferences, which might (again) create more affiliation with the right among men. However, while such gendered ideological differences have been documented, they are often marginal. Furthermore, these differences can only explain the gender gap by ideological leaning.

In our study, we focus on an additional type of explanation that broadens up the set of explanations. We focus on the implicit cues (or heuristics) voters receive about parties, which goes beyond their mere ideological position. We start with two recurring findings.

The first is that men are across the board less affected by social cues – in other words, the views of others. As an example, a study found mentioning that a particular brand of coffee is popular among other buyers did not increase the men’s intention to purchase it, while it did do so among women. This likely matters for politics too. We know that citizens, being social animals, care about the views of others while developing a preference for a party. We therefore expected parties that are small (and thus not widely endorsed) to be more popular among men (all else equal). And we also expected that parties that are widely seen as controversial or unacceptable – which we call ‘stigmatized’ – to attract relatively more male than female voters. We consider a party as more stigmatized the more voters say they ‘strongly dislike’ the party – a score of 0 on the 0 to 10 sympathy scale.

A second expectation starts from reported gendered differences in concern for social harmony. One report noted that that, in 25 of the 26 countries they studied, men score lower on agreeableness. By contrast, women are generally socialized into stronger communal behavior. This line of reasoning leads us to expect that a party’s extremity – or the extent that it aims to fundamentally revise the societal and political system – presents another heuristic that will be more attractive (or rather less repelling) to men across the board. Extreme parties’ programs are ideologically highly distinct from those of most other parties and voters and tend to contend that there are more or less incompatible cleavages between ethnic groups or economic classes. We therefore expect that extreme parties will attract more male than female voters. We consider parties more extreme if they are closer to the extreme left (0) or extreme right (10) on a Left-Right scale (in other words, further away from 5).

As is the case with gender gaps, these explanations refer to aggregate patterns. There are many men who are more sensitive to social cues and harmony than the average women, and vice versa. However, the consistent average differences between the sexes might well explain the average difference in vote choice.

Putting it to a test

The CSES data are based on harmonized election studies spanning the globe. As such it is uniquely positioned to study the interaction between individuals, parties, and context – which is exactly the goal of our study. Our study uses CSES Modules 1 to 3 and spans elections between 1996 and 2011. We only include Western countries (which is the source of the gendered socialization literature discussed above) and democracies. In total, we compare 86,000+ respondents in 28 countries.

We ran a model in which we predict whether respondents would vote, or not, for each of the parties. Our prediction is based on three party characteristics: the level of social stigma (% of ‘strong dislikes’), size (in %), and extremity (distance to 5 on the Left-Right scale) of the party. We also predict it by gender. Most importantly, we test whether the three aforementioned party characteristics impact women more than men (a cross-level interaction). 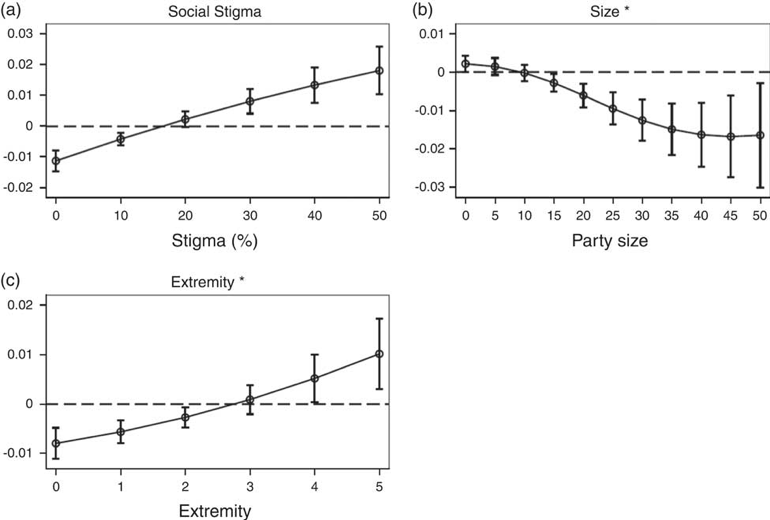 When we add all factors to the model simultaneously, the effect of size reduces by half and loses significance. This suggest that the male overrepresentation of small parties can be explained be the fact that these parties are often stigmatized or extreme.

In short, extreme and stigmatized parties tend to be relatively male-dominated. But how important is this explanation in the bigger scheme of things? To find out, we calculated how much of the gender gap for each of the party families coded by CSES could be explained after taking into account how stigmatized, extreme, or large a party is. We compare this to explanations on the individual level – say the educational level, class, or age of a party’s voters, all of which are distributed differently among men and women.

The table starts with the size of the ‘nominal gap’: the over-representation of men. For instance, a 5 percent gap for communist parties indicates that on average, 55 percent of the voters are male, and hence 45 percent are female. Radical right and communist parties have the largest overrepresentation of men, whereas green and socialist parties do particularly well among women. The other columns show that this can be explained for a large part, although not completely, by individual level variables. Social stigma explains about a third of the gap in voting for both communist and radical right parties. Extremity explains part of these gaps, too. Together (last column), the party-level variables explaining a lot of the over-representation of men in the electorate of communist and radical right parties, respectively. They explain the gap in voting for other party families to a lesser extent. The explanatory power of stigma and extremity is thus non-trivial for several party families and very large for some.

Of course, studying voting behavior in 28 countries over decades requires a broad brush. The measures we applied are by necessity somewhat crude. Nor do correlations in observational data say the last word about the mechanisms causing gendered patterns of voting behavior. Future research with more fine-grained measures would be valuable to investigate the ‘other side of the same coin’ of the social stigma mechanism: the extent to which an inclusive image strengthens a party’s relative appeal, particularly among women.

Nevertheless, thanks to the unique comparative perspective allowed by the CSES data, our study helps to move our understanding of voting behavior a step forward. We show that, even across a very broad sample of over a hundred parties in dozens of countries, stigma and extremity of a party can predict a sizeable part of the variance in the gender balance of their voters. This confirms that it is useful to theorize about the causes of such gender gaps beyond socio-structural or issue positions. It might help pundits and scholars to understand why parties might succeed or fail in mustering support among either men or women.