Inequality, Policy Polarization, and the Income Gap in Turnout

Previous research into the relationship between income inequality and voter turnout has produced mixed results, as scholarly attention has been fixated on the demands of citizens. Therefore, I build on the previous literature by introducing supply-side logic into the equation, by undertaking the first direct individual-level test of the impact that income inequality (moderated by party positions) has on both turnout and the income gap in turnout. The results of which were presented at the 2019 annual conference of the Midwest Political Science Association (MPSA) in Chicago, April 4-7, 2019.

I test the relationship through an up-to-date (1996–2016), and largest by country-year (102 elections in 30 countries) sample of advanced democracies yet to investigate turnout inequality. The uniquely created dataset is based on the first four waves of the 1996–2016 cumulative Comparative Study of Electoral Systems (CSES), merged with party level data from the Comparative Manifesto Project (CMP), and other country-level data.

Specifying a series of multilevel logistic mixed-effects models, I find that higher levels of income inequality lead to significantly reduced turnout (p<0.001) and a wider income gap in turnout, which is in line with relative power theory (Solt 2008). 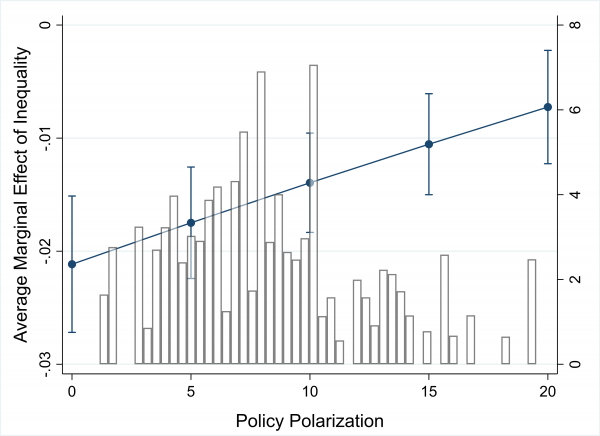 Figure 1: Average Marginal Effects of Inequality by Polarization on Turnout with 95% C.I.

I also find that when party systems are more polarized on matters of redistribution, the income gap in turnout is reduced and people on low incomes are affected to a greater extent. Figure 2 below displays the average marginal effect of inequality for the top and bottom income quintiles. In substantive terms, the positive effect is roughly three times stronger at the highest levels of polarization when compared to the lowest levels of polarization for the bottom quintile, and roughly twice as strong for the top quintile. 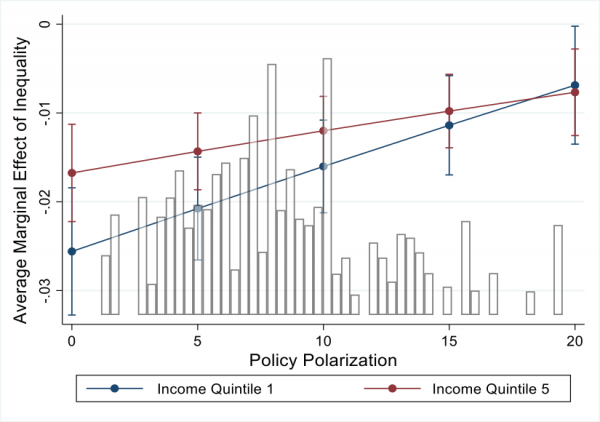 Figure 2: Average Marginal Effects of Inequality by Polarization on Turnout for Top and Bottom Income Quintiles with 95% C.I.

The results indicate that latent conflict (Meltzer and Richard 1981) only arises from increasing inequality when parties take distinctive policy positions on matters of redistribution. As an illustrative example, in the most recent UK general election, the dominant center-left party (Labour) moved substantially leftwards (the most since 1983) in its policy manifesto on redistribution, resulting in the largest policy difference with the other main party (Conservatives) since 1992. Accordingly, this paper shows that this leftwards party movement potentially contributed to the highest election turnout in 20 years, in a country with one of the highest levels of inequality.

In sum, this study provides a novel avenue of enquiry into the inequality-turnout conundrum. It contributes to the causal identification of party policy offerings as a key mechanism moderating inequality and turnout and further magnifies the negative effects that inequality can exert on political behavior. It sheds greater light onto the issues of political inequality and unequal voice that persist throughout the West and draws on evidence in support of greater representation that can then ideally lead to the implementation of policies that can help mitigate the cycle of increasing inequality. 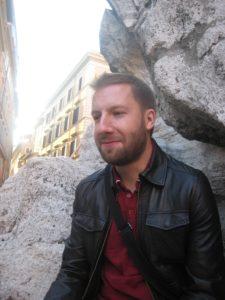 Matt Polacko is a PhD candidate in the Department of Politics an International Relations at Royal Holloway, University of London and the Editorial Assistant for the journal Electoral Studies. He is researching the effects of income inequality on political behavior across the advanced West.