Few would dispute that citizens’ support for democracy is crucial for democratic stability and consolidation, especially when populism and extremism threaten to undermine democratic ideals and values in these days. Without citizens’ strong endorsement, democracies can face legitimacy crises and may even experience democratic reversal or breakdown.

What factors can influence citizens’ attitudes toward democracy, then? Anderson and his co-authors have significantly advanced our understanding of citizens’ attitudes when they identified electoral winner-loser status to be one of most important determinants for democratic satisfaction (Anderson & Guillory, 1997; Anderson et al., 2005). How to relieve the losers’ agony regarding democracy has consequently become a major concern. According to Anderson and his co-authors, proper design of electoral systems is the key to earning the consent of electoral losers. Specifically, they suggest that proportional representation systems comfort electoral losers because they offer future coalition governments to the losing parties, allowing them to influence policy outcomes. However, Anderson et. al’ s findings have been under heavy scrutiny lately, as several recent studies have failed to find corroborating evidence for the mediating effect of electoral systems (Blais & Gélineau, 2007; Curini et al., 2012; Howell & Justwan, 2013; Singh, 2014).

Figure 1. Predicted Winner-Loser Gap by the Level of Inequality 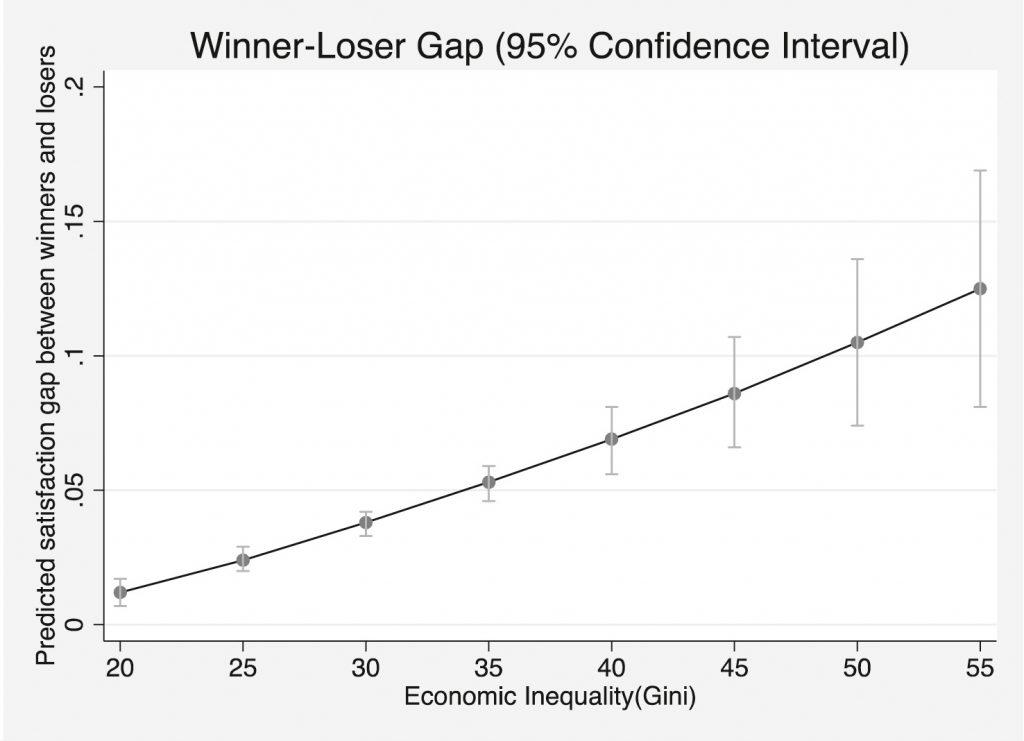 Our study also finds that the mediating effect of ethnic inequality is greater than the mediating effect of electoral institutions. Figure 2, depicting the predicted probability of democratic satisfaction by electoral system, suggests that the change from most proportional electoral system (district magnitude equals to 150) to least proportional system (single member district system) generates only about a 1.5 percentage point difference in satisfaction gap between electoral winners and losers. 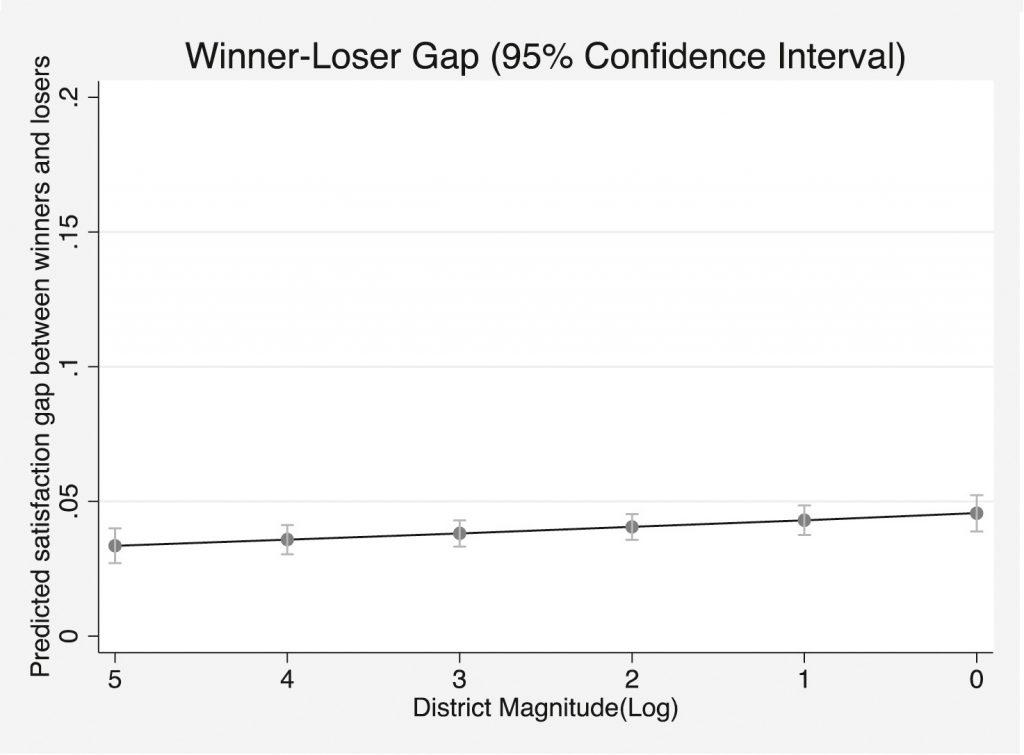 These results have important implications. First, the larger impact of income inequality implies that previous findings regarding the mediating effects of electoral systems might be arbitrary. More importantly, our study suggests that under equal economic distributions, electoral winner-loser status is not be crucial in explaining democratic support. Rather, handling distributional conflict could be key to securing democratic consent from electoral losers.

Curini, L., Jou, W., & Memoli, V. (2012). Satisfaction with democracy and the winner–loser debate: the role of policy preferences and past experience. British Journal of Political Science, 42, 241-261.

Singh, S. (2014). Not all election winners are equal: satisfaction with democracy and the nature of the vote. European Journal of Political Research, 53, 308-327.