The Comparative Study of Electoral Systems (CSES) project is delighted to announce the launch of its fifth module, designed on the theme of Democracy Divided? People, Politicians and the Politics of Populism.  The CSES Module 5 questionnaire will be included in national post-election surveys around the world during the years 2016 through 2021.

CSES Module 5 was discussed, revised, and approved during a Plenary Session of CSES collaborators which was held in August 2016 in Philadelphia, United States, just before the annual meeting of the American Political Science Association.  The Plenary Session was attended by 44 persons representing 36 different national election studies and included a number of presentations followed by intensive discussion. Each subcommittee of the Planning Committee presented their work, and these are noted below. The Plenary included presentations on a CSES bibliography and on pretesting of the proposed (and subsequently approved) new module, each of which were conducted by the CSES Secretariat. 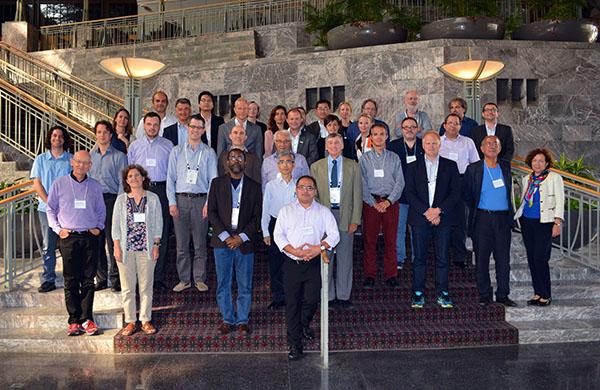 Module 5 Subcommittee Report. In their presentation, Eva Anduiza, Ali Çarkoğlu, and Nicolas Sauger described the proposed substantive theme for CSES Module 5, and thereafter led a discussion of the penultimate draft of the CSES Module 5 questionnaire for consideration by those in attendance. The focus of CSES Module 5 is timely given that “the political class has become a matter of contention” (Mair 2013) as countries face the challenge of widening gaps between citizens and elites, growing electoral volatility, and disenchantment with politics more generally. In tandem, we have witnessed the growth of populist parties on the left and right of the political spectrum worldwide who campaign on anti-establishment messages, and often in opposition to “out groups.” While numerous studies have explored citizen apathy and the changing role of parties, we know far less about how the electorate’s attitudes towards political elites have evolved and how it shapes voter behavior in national elections, especially from a comparative perspective. Module 5 of the CSES fills this void. It includes a variety of questions on citizen attitudes toward elites, including traditional measures of populism. There are also batteries of questions tapping voter views on “out groups,” namely attitudes towards integration, immigration, and identity.

New Technology and Data Collection Subcommittee. A presentation by Rüdiger Schmitt-Beck described long-term trends in CSES data collection methods so far. The subcommittee proposed to maintain face-to-face interviewing as the recommended standard, but provided additional guidance about online interviewing and using mixed modes. They further suggested interviewing to begin no more than six months after the election, and to increase the recommended number of completed interviews to 1,500 from the previous standard of 1,000.

Political Information Subcommittee. Elizabeth Zechmeister presented the results of the subcommittee, which after a thorough and detailed evaluation of the measures found them to have significant short-comings and proposed to remove the political knowledge battery from CSES Module 5 altogether.  The subcommittee intends to produce a CSES Blog entry in the near future to elaborate on the decision.  In the absence of these questions, scholars are encouraged to instead use party placement questions to generate political sophistication measures, and a general political interest question has also been added to the instrument.

Core/Demographics Subcommittee. The subcommittee presentation by Henrik Oscarsson recommended, in consideration of questionnaire length, to drop a number of demographic variables which are used infrequently or are not as relevant to Module 5.  Newly dropped from the instrument are the religiosity question, a number of items on group and organizational memberships, and questions about spouses. Items on political interest, media exposure, internal efficacy, and government performance were added to the “Core” set of questions which are repeated across multiple CSES modules.

Macro/District Data Subcommittee. Rachel Gibson presented recommendations to improve district-level data collection, as well as additions of a number of Macro Report questions in support of the CSES Module 5 theme.  The subcommittee furthermore recommended the addition of several new identification variables which will facilitate merging the CSES dataset to other publicly available sources of data.

Bibliography Project. Over the past year, the CSES Secretariat has undertaken an effort to code the content of all known journal articles using CSES, including topics and variables used.  Stephen Quinlan presented a slide set describing the effort and summarizing some of the findings.  Unsurprisingly, turnout and vote choice were the two most used dependent variables.  The most popular publication destination for CSES papers so far has been the journal Electoral Studies, which accounts for 21% of the coded articles. The most cited article so far, with 312 citations, is Orit Kedar’s “When Moderate Voters Prefer Extreme Parties: Policy Balancing in Parliamentary Elections,” published in 2005 in American Political Science Review.

Final reports from each of the subcommittees will be posted to the CSES website when available, and announced on the CSES email list, as well as on Twitter and Facebook. The CSES Module 5 questionnaire, Design Report, Macro Report, and respondent booklet can be viewed or downloaded from the Collaborator Resources section of the CSES website.